Why You Shouldn’t Use #AllLivesMatter

All lives matter. So why is it so problematic to use such a phrase right now?

In the context of the Black Lives Matter movement, stating ‘all lives matter’ is a whole lot like sweeping a human rights issue under the rug. By stating ‘all lives’, you’re watering down a systematic race issue to be about ‘everyone’.

You’re taking the focus away from the issue of police brutality towards the Black community. All lives matter. Period.

That statement is not wrong, nor is it ‘bad’. But contextually? It’s incredibly damaging.

You might find this confusing, at first. We know, because to be quite frank, we made that exact mistake earlier this week. Yes we used that exact hashtag, without realizing its effect against our values as a brand, and as the people that make up the racially diverse team behind this brand.

We listened to our audience’s feedback, educated ourselves with the resources recommended to us, and this is what we learned: our mistake is nothing new. “All Lives Matter” has been around for years, and has been used historically to belittle discussion of racial injustice, especially after high-profile acts of police brutality, in response to people saying the phrase “Black Lives Matter.”

All lives matter. But that’s not what matters right now.

This generalizing phrase glosses over the focus of the issue at hand; Black lives matter. The thing is, if everyone believed that all lives mattered, we wouldn’t be here having this conversation right now. “The slogan ‘Black Lives Matter’ does not mean other lives don’t,” Billie Eilish wrote on Instagram this past weekend. Rather it’s “calling attention to the fact that society clearly thinks black lives don’t f—— matter.”

blackout tuesday was supposed to be about taking a step back from promoting and posting about yourself and instead using your voice to amplify the message that systemic inequality will no longer be tolerated in this country!!! not posting a black square and silence…… we cannot be silent. not today. not any other day. we are here to unequivocally say that BLACK LIVES MATTER. and i want to use the platform i have to help take meaningful action that will create meaningful change!! here is a list of organizations that you can donate to!! some of which i have donated to today. i’m gonna try to donate to as many organizations as possible over the next few weeks and further! and i encourage you to donate whatever you can to these and other organizations in your communities that are working to fight racial and social injustice every day…. even when the hashtags stop. i hope you used today to speak up, donate, protest, educate yourself, listen, learn, and call your elected representatives to demand CHANGE IN THIS COUNTRY. gonna be sharing some resources over the next couple days and i ask that everyone take action with me.

Similarly, Seth Rogan defended his stance against #AllLivesMatter by individually addressing a flood of comments attacking his Black Lives Matter post. We’re talking close to 50,000 comments tacked onto his post at the time of his writing. While many of them were supportive, many were not.

Other celebrities found themselves backpedaling after wrongly using the hashtag #AllLivesMatter on social media. Jennifer Lopez promptly deleted a Tweet containing the hashtag, and Fetty Wap, who, after deleting his Tweet and apologizing admitted that he didn’t fully understand the hashtag before. 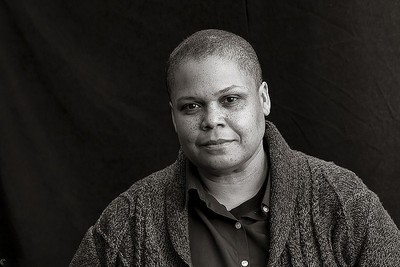 Keeanga-Yamahtta Taylor, an assistant professor of African-American Studies at Princeton University best explains the power in the words used during this movement, stating “The entire point of Black Lives Matter is to illustrate the extent to which black lives have not mattered in this country.”

If you wish to support this movement on social media, say the right thing. Be tactful, and intentional with your words. Replace the use of #alllivesmatter with the phrase Black Lives Matter. Off social, promote Black businesses, Black activists, and Black truth. Sign the Justice for George Floyd petition and donate to organizations. Most importantly, keep educating yourselves.

Like many others, we admittedly are in the process of unlearning, as well as learning. So let’s continue educating ourselves, encouraging each other, and catalyzing positive change. And more importantly, remember that it doesn’t matter how you use it; #alllivesmatter dangerously undercuts the important issues currently being discussed in favour of semantics, demonstrating white fragility.

More from the Fog Blog…

3 CBD Cocktails For A Dry January At Home

3 CBD Cocktails For A Dry January At Home Updated Jan 6, 2021   Across Canada, as stay-at-home restrictions continue into the new year and alcohol consumption continues to rise, we may all be in need for a few alterative drink options to keep our bodies and minds...

END_OF_DOCUMENT_TOKEN_TO_BE_REPLACED

The Ultimate 2020 Self-Care Gift Guide. Under $30. DECEMBER,12 2020 ‘Tis the season for last minute panic gift shopping. Albeit there is no one-size-fits-all gift guide, we’d like to think we have a few core people on your list pretty well figured out. Below you’ll...

END_OF_DOCUMENT_TOKEN_TO_BE_REPLACED

The 2020 Great Canadian Guide To Shopping Local For The Holidays

The 2020 Great Canadian Guide To Shopping Local For The Holidays December 6, 2020   This will be a make-or-break year for small businesses across Canada. Between lockdowns, store-opening restrictions and widespread income loss among the general population,...

END_OF_DOCUMENT_TOKEN_TO_BE_REPLACED

x
Notify me when it's back! We'll let you know when this is back in stock. Just leave your email below, we'll take care of the rest.
Shopping Cart
There are no products in the cart!
Continue Shopping
0